I realize it's been a while since I posted any music. What can I say? I have actually been busy.

All of my previous posts have been on the heavy tip whether that's metal like Tank and Cirith Ungol or hardcore like RKL, Stalag 13, the Accused, and Excel.

At this point I'm switching gears and moving into my other musical tastes. For those who like the hard stuff, please be patient, I'll get back to it eventually. In the meantime, here is my first jazz post. 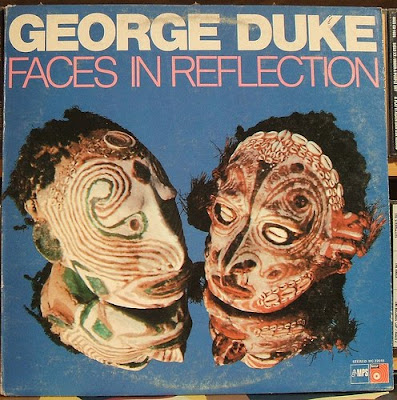 This is a classic album. In case you don't know anything about George Duke, a good friend of mine told me Duke had an aversion to synthesizers and was strictly a piano and Rhodes man before he hooked up with Frank Zappa. After spending some time in Zappa's band, he began to embrace the fusion sound that was so influential in jazz during the 1970s. So this is a serious departure from the smooth jazz Duke would be known for later in his career.

I know what you're thinking, fusion jazz = weak jazz. But there is a lot of good fusion out there if you are selective. Have a listen to see what I mean. I like all the tracks but my favorite is "Psychocomatic Dung." And if you dig this album, check out some of the other material on MPS Records.

Joining Duke on this session are Leon Ndugu Chancler on drums and John Heard on bass. Download here.