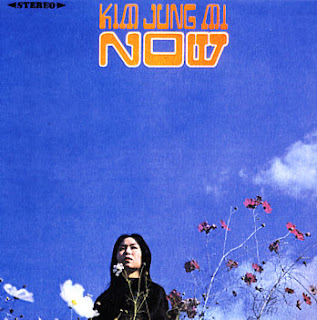 Korea’s music scene has always played second (or third) fiddle to Japan’s forward minded music culture. Most non-traditional Korean music simply mimicked American or Japanese sensibilities following the Korean War, but that doesn’t mean there have not been standout musicians from the Hermit Kingdom.

Enter Kim Jung Mi, an acid-rock singer from the 1970s. Anyone who is familiar with Korean pop music will either recognize her vocals or the manner in which she sang them; in my mind her delivery is quintessential Korean 70s.

Jung Mi worked with Korean fuzz pioneer Shin Jung Hyun (신중현), who gave her recordings the echoey, psychedelic feel. When Park Chung Hee was dictator of South Korea, some Shin Jung’s songs were banned as "vulgar" or "noisy", and in August 1975, he was arrested for "involvement" with marijuana. Lord knows what “involvement” with marijuana meant, but thankfully both Jung Mi and Shin Jung have found an audience since their peak, and have left some strong records in their wake, as well as made positive contributions to the local Korean music scene. 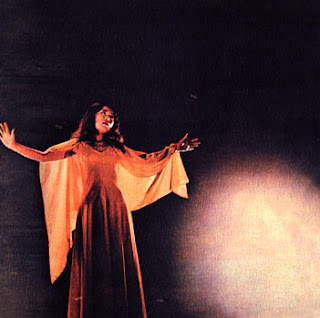 Here are a few tracks from Jung Mi’s excellent album, “Now.” The excellent imprint World Psychedelia has reissued some of her finer records for western audiences, and can be purchased at Dusted Groove Records. Unfortunately, “Now” is currently out of print, but you can download it at Mutant Sounds.

(Wind in the Trees from "Now")