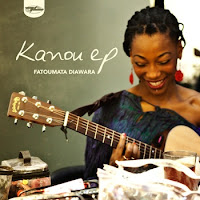 Mali's Fatoumata Diawara is one of those voices that should garner more respect from music aficionados. At the moment, she is picking up popularity among "world" music types, but fuck all that jazz. The "World Music" tag is a kiss of death, and for many, brings forth an image of a balding Yoga instructor who shops at Whole Foods and votes for Dennis Kucinich. Diawara's style and confidence should be enjoyed outside of that limiting genre, and the following track and video should make my case. The song is free to download, so what do you have to lose? Well, bandwidth and time, but trust me, it is still worthy of your time.
Posted by Roland Dodds at 16:17 No comments:

The Last Years rock out in San Diego

The Last Years is a punk act made by a friend of ours. I remember going to a show with their frontman, but never making it inside the actual venue. Rather, we got wasted in the alley outside the joint, watching people fight and argue. Twas good times.

Playing fast and furious punk rock, the Last Years are one of those acts that make San Diego a place worth being.
Posted by Roland Dodds at 14:09 No comments:

I came across Mara Hruby on accident: I was looking for a recent mixtape from a vocalist from Oakland, and I ended up stumbling upon Mara and her newest record. Playing cool, breezy soul music, I will definitely be on the lookout for her future releases.

We used to laugh at the bad metal bands that bled through the walls of our shitty practice space in Montreal. One day, the squall was gone. In its place: The Sunnies. It was a good day.

The quintet's guitar pop is warm and unaffected -- so much that I'd wager a Fin du Monde that three of these guys grew up in the Maritimes. Though their music doesn't appear to be available for sale or download, you can jangle 'til you've had your fill with "Complex Systems," "Sisyphus" and a couple others at their Myspace. 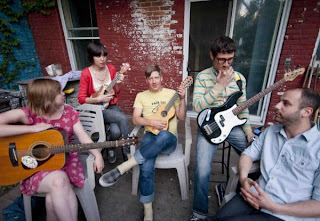 Sitting in a smokey 1930's bar with Gregory Page 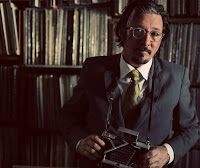 I am a schoolteacher, and while I enjoy it, it does not always put me in the best of moods at the end of the day. Dealing with disobedient children, reckless parents, and clueless administrators takes a toll on one's psyche. So while I love to bust out some Hardcore, Metal, and Noise when time permits, I occasionally just want some relaxing songs that make me feel like I am living in a Woody Allen movie. San Diego's Gregory Page does just that.

Playing jazzy lounge numbers that would have been quite at home on my grandmother's turntable, Page isn't trying to reinvent the wheel here. On his newest release, "My True Love," he has created some excellent songs however, and should be enjoyed by anyone who just likes to sit back at the end of the day with an alcoholic beverage and a comfortable space that just feels like home.


Thats You from Gregory Page on Vimeo.

Posted by Roland Dodds at 15:10 No comments:

Chiquita y Chatarra show what Spain is good for 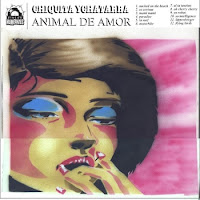 This was a golden find. Rocking garage rock jams from Amelia Díaz Duarte and Patricia Àlvarez Alonso, Chiquita Y Chatarra is one of those bands that could easily fit into a previous era of music, but doesn't sound confined or restricted by misplaced nostalgia. Worth every second, and can be downloaded for free from their bandcamp site. 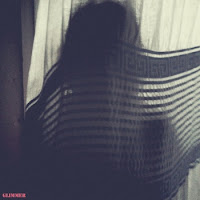 I found this Maryland band through Space Rock Mountain, and it has been a favorite of mine since then. Making mopey, reverb heavy pop songs, Go Cozy is something that should interest anyone who enjoys a well crafted mournful tune.

Posted by Roland Dodds at 11:51 No comments:

Dexy's Midnight Runners - "There, There, My Dear" 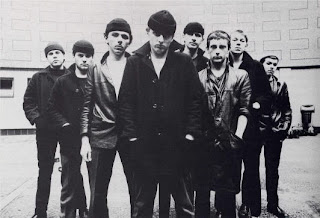 Birmingham's self-described "young soul rebels" were the answers to their own prayers. Dexy's Midnight Runners' second album fades in with a ponderous sequence of gauche radio hits ("Purple Haze," "Holidays In The Sun"), skipping across the dial until frontman Kevin Rowland (in the time-honored tradition of being so fed up that he can only communicate through rock and roll) commands the band to "Burn It Down."

Though it lacks the parsimony of "Radio Radio" or the verve of "Clash City Rockers," the song doubles down on that familiar sentiment. On the surface, Dexy's took themselves so seriously that they made it difficult for anyone else to do the same. From their all-band uniforms (reinvented drastically with each of their three albums) to their smash-and-grab cultural politicking (which invoked corporate rock hegemony and the Northern Irish "Troubles" in the same breath), the group didn't just court their own mythology--they fabricated it. And, for the most part, Dexy's did it well. Their cool was anything but effortless (as the press photo above shows), but it worked, both at face value and as commentary on identity performance.

The band's tendency toward pastiche occasionally hampered the songs, which rarely veered from the sound of Northern Soul on amphetamines (less a rhetorical turn of phrase than a description of the scene), but Rowland could write a chorus, and the band had two number-one hits in the UK to show for it.
For bonus reading, McSweeney's sums it all up a lot quicker.
"There, There, My Dear" from Searching For The Young Soul Rebels (1980)
Posted by PK at 20:12 No comments: