A summer with Gorky’s – Middle Period 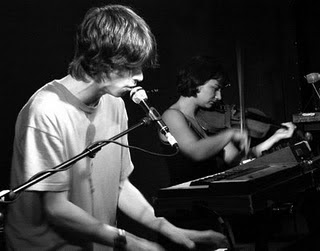 Gorky’s was a pretty prolific Welsh band that put out a slew of singles, EPs, and full lengths in their history. One of my favorite records came from what I call their “middle period”, when they moved away from the psychedelic extremities of the pop scene and started to play more traditional poppy music. Spanish Dance Troupe was released by Mantra Records in 1999, and saw the band refine their sound to a significant degree. The first single provided here, “Poodle Rockin’” still has the noise and chaos of the early records, but the record was really the voice of a band coming to terms with their more mature stage in their career. The second song here, which the title of the record is taken from, is one of the best British pop songs of the 90s. Doubt me? Well, see for yourself and get ready to be schooled.

Posted by Roland Dodds at 16:54 No comments: