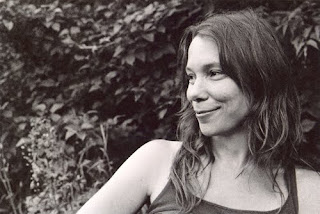 I was saddened to hear from comrade Jams that Lhasa de Sela, a respected Mexican-American singer-songwriter passed away at the young age of 37 this winter. She died of breast cancer in her Montreal home on January 1st, 2010.

Lhasa released three full length records in her short career, but she lived a full and adventurous life. Her website writes “Lhasa's unusual childhood was marked by long periods of nomadic wandering through Mexico and the U.S., with her parents and sisters in the school bus which was their home. During this period the children improvised, both theatrically and musically, performing for their parents on a nightly basis. Lhasa grew up in a world imbued with artistic discovery, far from conventional culture. An old friend of Lhasa's, Jules Beckman, offered these words:

"We have always heard something ancestral coming through her. She has always spoken from the threshold between the worlds, outside of time. She has always sung of human tragedy and triumph, estrangement and seeking with a Witness's wisdom. She has placed her life at the feet of the Unseen."”

Her music surely demonstrated an incredible level of creativity, and her inspired songs garnered popularity worldwide.

Here are two tracks from her first record, “La Llorona.” You can buy her records here.