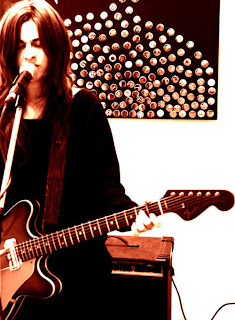 Ainara Legardon is a musician from Spain that played for the band Onion before coming to prominence as a solo performer. She has recorded two records with the help of notable musicians from around Europe, who have helped bring her melancholy vocals to life. I learned of her recently, when she toured with Bonnie “Prince” Billy around Europe, and was lucky enough to get a copy of her excellent “Each Day a Lie Record” which was released in 2006. She has just released a new record titled "Forgive me if I don't come home to sleep tonight" which I have yet to hear.

(“Hope Defeated” from Each Day a Lie)