Troubadour tales with In Gowan Ring

In Gowan Ring is a one man project by Portland's multi-instrumentalist B’eirth. He plays what psychedelic aficionados likely believe roaming minstrels in medieval England sounded like if they had access to acid. He has been churning out some great tunes over the years, occasional working with members of Woven Hand, and has just released a book/CD under his Birch Book alter-ego titled “A Hand Full Of Days.” Only 50 copies have been made, so get it while you can or expect to pay exuberant amounts buying one on Ebay. 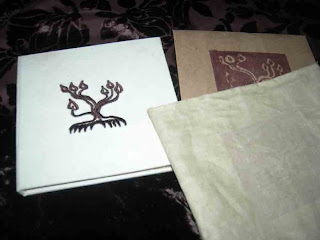