Hip Hop from the Dollar Bin 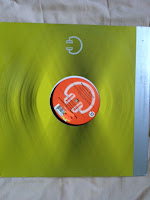 I have spent the last 12 years looking through every single discount dollar bin I run across when traveling, and I have picked up some choice finds in the process. It is surprising what is considered musical junk in the specific local I end up at, and I have learned a great deal about various forms of music in the process. I have a pretty open-ended approach to music, and thus the dollar bin is not always the bottom dregs of our culture in my eyes. There is plenty of throw-aways in those bins, but I have rarely walked away without some type of winner.

One of those finds was a 12" from the great Ubiquity Records. I noticed that it had a b-side that featured Cut-Chemist, and realized this was a record worth having. The A-side was by Nobody, and featured 2Mex and ESP, and was a real surprise to hear. Funk and Jazz infused Hip-Hop, with the kind of flow that was popular in the early 90s and has been well copied since. 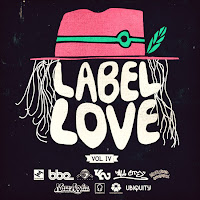 If you want a free collection of Ubiquity tunes, grab their recent compilation here,  which includes this scorching track by Charles Bradley.
Posted by Roland Dodds at 18:10